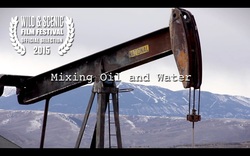 "Mixing Oil and Water" - filmed and edited by Eric Warren
Present-day shale oil and gas development and energy systems are tightly intertwined. Mixing Oil and Water illustrates that water scarcity, quality, variability, and uncertainty are becoming more prominent in Montana where oil and gas development occurs. What are we willing to sacrifice in order to carry out extreme fossil fuel development?
Video may be viewed on Vimeo here. 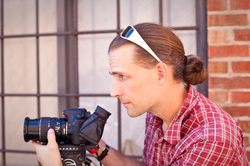 Eric Warren
Eric Warren never went to film school. Rather, he received his professional training in photography and creative writing. He began his film career in the travel industry shooting a web series about Maine and then shooting a sizzle reel for a TV show about beer brewers traveling the US in search of beer recipes. From there, he began producing films for Matador Network including a documentary-series about Chile’s controversial dam project. After moving back to Montana, his projects have revolved around Montana subjects, such as a film about water quality in areas of oil and gas production and a film about the Montana Art Mobile. He is currently working on a feature-length documentary about atmospheric carbon sequestration in soil. 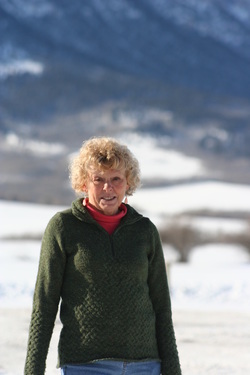 Sue Beug
"I grew up in Colorado on a farm on front range and attended Colorado State. I've been a resident of Red Lodge since 1974 working in a veterinary practice with my husband. I have always been interested in environmental issues and joined Carbon County Resource Council because of that interest. We have both oil and gas development on our farm in Colorado and when there was a renewal of interest in further development here I became concerned. I am especially concerned about maintaining water quantity and quality in the face of oil and gas development. I feel that water is a resource we take for granted and often fail to protect. As we face dryer conditions and more and more threats of pollution we must take a stand to protect that which is necessary for life itself." 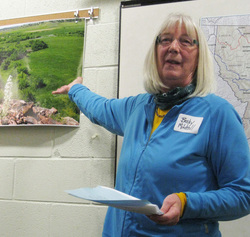 Gone for Good: Fracking & Water Loss in the West:  http://www.worc.org/publication/gone-for-good-fracking-and-water-loss-in-the-west/

This new report is on solid waste disposal of oil and gas. Water is not it's main focus, but it is a really interesting side to all of this: http://www.worc.org/publication/no-time-to-waste/

Your Water Your Rights Factsheet: https://www.northernplains.org/wp-content/uploads/2013/06/Your-Water-Your-Rights-factsheet-2012-5-11.pdf

​NORTHERN PLAINS RESOURCE COUNCIL
Northern Plains Resource Council is a grassroots conservation and family agriculture group that organizes Montana citizens to protect our water quality, family farms and ranches, and unique quality of life. Northern Plains protects Montana’s greatest assets: the quality of our natural resources, the character and viability of family-based agriculture, and the ability of citizens to shape the public policies that affect our land, our water, and our lives so that we may pass them on, unimpaired, to future generations.
​
Northern Plains members work to ensure the long term health of Montana by putting community interests above oil and gas profits and empowering communities to guide development. Members work at the state policy and local level to implement laws and permitting practices that ensure responsible development that protects our water and communities from the potential negative effects of oil and gas development.