My Ancestresses & Wise Women series responded to stories about the strong, older women in my family shared with me by my father as well as to the lack of mentoring I found in local younger women who were confused by sexual harassment. Within the circle of these life-sized, symbolic sculptures of women who had mentored me, I held Conversations Among Women, in which multi-generations of women could share, question and motivate each other around topics particular to their lives. In my Chrysalis series, based on Jungian Marian Woodman's concept of building symbolic spaces to protect oneself during vulnerable times of personal growth, I have explored cocoon, cave, cradle, and nest structures - space within which  to create a loving communication with our own inner symbols and a connection with the unconscious and the soul. This series was also informed by Husserl's hermeneutic circle of questioning, seeking answers and reformulating the questions to get to a deeper understanding of our authentic soul. In these sculptures, I wanted to provide visualizations of this idea and a message that by taking time out to become clearer and to hear our internal messages, we can change ourselves and, thus, the world around us. Collaborations
Many years after four other artists created Strong Intuitions: Five Women's Perspectives, which we presented over the summer in Billings, Montana, Malibu-based artist Sandra Mueller suggested that she and I form a new collaboration to create an installation and interactive event for Half the Sky: Intersections in Social Practice Art, the art-based cultural exchange I directed in Shenyang, China in 2014. 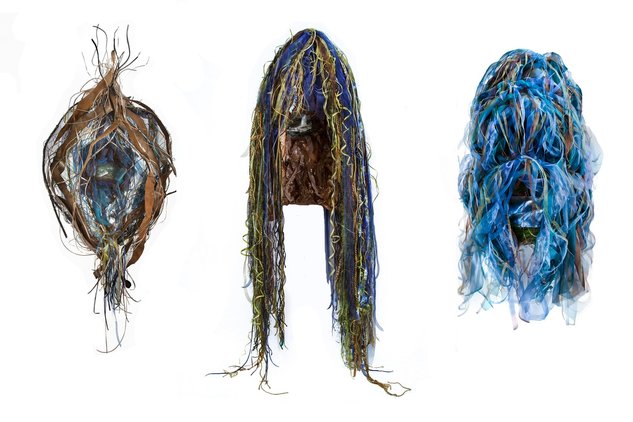 In the mixed-media wall sculptures of my Grottoes series, I create shrines to and include video collages of my observations of the meditative, invigorating, seductive essence of water – rippling, cascading, flowing, effervescent… I envision these as another backdrop to conversations – this time about water rights and conservation – where the sculptures and their videos are visual reminders of water as common ground.

International Projects
As Chair of the International Caucus of the Women's Caucus for Art, I co-directed, with Gwangju-based curator Hye-Seong Tak Lee, a exhibition of South Korean and US-based women artists. Women + Body, in Seoul and Gwangju, South Korea in 2012. In 2014, I directed Half the Sky:  Intersections in Social Practice Art, an art-based cultural exchange and exhibition held at LuXun Academy of Fine Arts in Shenyang, China in 2014. 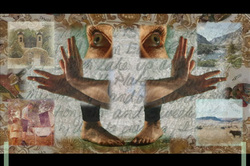 In these works, I transpose my affinity for textures and layering into video. The pieces in my Sea Forms Series reflect this give and take of the water, the interconnected webs of reef life and the enclosed completeness of my diving experiences.