On the 6th of April 2018, the Office of the Attorney General of the United States of America issued a memorandum for all federal prosecutors working along the nation’s southwest border. The stated purpose of the communiqué was “to adopt immediately a zero-tolerance policy for all offenses referred for prosecution” under Title 8 of US Code section 1325(a) concerning illegal entry into the country by “alien” persons for reasons of “improper time or place; avoidance of examination or inspection; [and] misrepresentation and concealment of facts”.

In the following weeks, alongside growing domestic and international concern about the detrimental effects on migrant families attempting to cross the border, the government’s stance was widely defended by the heads of various US agencies and departments responsible for implementation of the programme. During the first two months of the policy being in effect, more than 2,500 children were forcibly separated from their families and relocated to over one hundred detainment facilities spread throughout the country. Amidst the conflicting accounts and reports put forward by numerous government and media sources commenting on the crisis, the fate of many of these children remains an open question.

Zero Tolerance is a new media installation that explores the context and rhetoric surrounding the separation and incarceration of migrant families crossing the US southern border. Set behind chain-link fence and alongside mundane artefacts associated with the detention centers, an algorithmic video continually splices official government footage and undercover recordings from actual detainment facilities with former Attorney General Jeff Sessions’ public speech calling for ‘biblical’ justice.

​Artist's Documentation and Source Material
Bently Spang, Waiting to Hunt on ‘the White Man’s Land’
Bently Spang's work reflects on the displacement of his people from their homeland by the U.S. government. In the video "Waiting to Hunt on ‘the White Man’s Land’" he documents the brief time each year when his people have the opportunity to hunt on their ancestral grounds.
“I can’t wait to hunt on the white man’s land.” It’s a tongue in cheek statement my father  Zane makes every fall as hunting season approaches.  He says it with increasing regularity right up to the early morning moment we cross the eastern boundary of our Northern Cheyenne Nation, near Ashland, Montana, and enter the national forest to hunt.  For a brief month or so each year we have the chance to hunt on land that was once part of our ancestral homeland, but was taken from us by the U.S. government years ago.  It is called the Custer National Forest.  As if naming this place after him would somehow restore a brain and a heart and courage to the arrogant, murderous scoundrel that we, and our allies the Lakota and Arapaho, destroyed many years ago
on the treeless hills above the Little Bighorn River.
Egregious name aside, this former homeland just off the reservation is a magical place for my family and my people, an old brilliant, witty, generous relative we haven’t visited with for a year.  And, like a wise old Tsitsistas/Suhtai elder, this land holds layer upon layer of the story of my relatives in the past. Amazing people wh sacrificed everything tobring us back to this magical place. They walked over a thousand miles back from the
forced migration of the Oklahoma lie we call it the Long Walk.  They broke out of Ft. Robinson after being starved and denied water in their barracks prison and were almost all executed—elders, men, women, babies—at point blank range for days in the bitter cold of an 1879 Nebraska winter.  They just wanted to get back to where we belonged, to our ancestral homeland—the Rosebud valley, the Tongue River breaks, the Powder
river and the Wolf Mountains—no matter the cost and secure a homeland for us all. Nothing more.
This land we hunt on every fall, this supposed ‘White Man’s Land,’ is a piece of the heart of our nation. Our relatives grave sites, tipi rings, petroglyphs, archeological objects, buffalo trap sites, spiritual and ceremonial sites are on it and many of our significant healing plants can only be found there. It’s full with our experience here, I can feel it every fall standing on a high ridge top.  My favorite times hunting here were the horseback years, the 80’s and 90s, when we would truck our family’s sure­footed, mixed ­breed horses into the forest, make camp and ride for days pursuing epic mule deer bucks and trading stories of past hunts.  The horses were from my father and his brother Leo’s herds, with bloodlines going back to our war ponies of the past.  On the backs of great horses with names like Rosebud, GM, Max, Elmer, Killer Bitch and Yellow Buffalo we picked our way through steep nearly impassable cedar breaks, sand rock cliffs and thick Ponderosa Pine forests.  I can still smell the fresh sage and feel the ice cold air of those crik bottoms today.
Over a lifetime of hunting on this land with my grandfather, uncles, aunts, cousins, brother and son, I have come to understand my father’s statement not as a resignation to the theft of this piece of our homeland, but rather as a vow to maintain a committed relationship with this much loved place.  It is him voicing his commitment to the furtherance of an ancient relationship, one so important to my people that my relatives in the past gave their lives so we could at least be near it on our own precious homeland.  To us it is the Tsitsistas/Suhtai National Forest, forever and always.  Every year we wait for the sunrise here, for the legal moment we might hunt again on ‘The White Man’s Land.’  Bathed in the perfect, cold light of a Tongue River morning we quietly prepare ourselves for the embrace of this land, our cherished, lost relative.  And like our membership in the huge extended families that make up our nation—a membership thousands of years old—this place is land we belong to, not land that belongs to us. 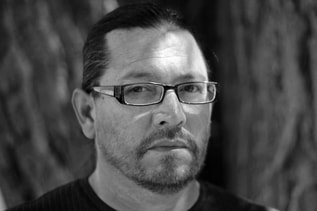 BENTLY SPANG
Bently Spang (b.1960, US) is an artist, educator, writer and curator, and an enrolled member of the Tsitsistas/Suhtai (Northern Cheyenne) Nation. A multi-disciplinary artist, Spang works in video, performance, installation, mixed-media sculpture, photography and drawing. Spang’s artwork documents the complexity of his daily traverse of multiple cultural terrains, a journey he documents with pragmatism, humor and deep introspection. He squarely confronts the personal, communal, environmental and cultural issues that emerge as race and place converge.

Bently’s work has been shown in such venues as the Metropolitan Museum of Art, the Brooklyn Museum, the National Museum of the American Indian, and the Denver Art Museum. His work is in the permanent collections of museums in both the US and Europe. He holds a B.S. from Eastern Montana College (now MSU-Billings) and an MFA in Sculpture from the University of Wisconsin-Madison.

Bently has taught at Bard College in the Summer MFA program and was Visiting Professor in Video at the School of the Museum of Fine Arts/Tufts University. He has curated national exhibitions, published numerous essays on art, and is the author of two children’s books: Grandma Jenny’s Trip and The War Shirt. He is also a 2018-19 Senior Fellow at the Center for Art, Design and Social Research (CAD+sr) in Massachusetts, a recipient of a 2018 NACF National Artist Fellowship in Artistic Innovation, and 2017 recipient of a Montana Arts Council Artist’s Innovation Award.
[Bently Spang, Waiting to Hunt on ‘The White Man’s Land’, 2012, still from single-channel video installation. Copyright and courtesy of the artist.]
CURATORS
​SHERRI CORNETT (www.sherricornett.com) is a curator and artist with a background in political science, advocacy and activism. She has curated exhibitions in South Korea and China, and across the United States, including Beyond Borders: Stories of im/Migration at Santa Clara University (2018). As a sculptor and installation artist, her work focuses on engaging viewers as participants, whom she hopes will become moved to question, to consider, and to act.

DR. AARON ROSEN is Professor of Religious Thought at Rocky Mountain College and Visiting Professor at King’s College London. He taught previously at Yale, Oxford, and Columbia, and received his PhD from Cambridge. He co-founded the global public arts project Stations of the Cross (www.artstations.org) and is the author and editor of numerous books, including Art and Religion in the 21st Century and A Journey through Art for young readers, translated into seven languages.
ABOUT KIRK'S GROCERY
Kirks’ takes its name from the historic building on Billings’ South Side. Located just across the railroad tracks, within easy walking distance of the Western Heritage Center and Art House Cinema, the gallery is a key partner in the current regeneration of one of Billings’ most diverse neighborhoods.

In addition to regularly showcasing art by regional talent, and temporary exhibits by nationally recognized artists, the gallery hosts music, poetry, and comedy performances. Open to people of all backgrounds and ages, the gallery seeks to provide the city with an inclusive, dynamic space for creativity and communication.

The gallery is founded and directed by Shane de Leon, a Billings-born musician who has recorded multiple albums, and performed across the world, including a recent European tour with his band Miss Massive Snowflake. Shane has long nurtured a love of the visual arts, and his paintings and multi-media works can be seen on his album covers, music videos, and in the gallery.